Iqaluit, Nunavut – March 1, 2018 – The Qikiqtani Inuit Association (QIA) is excited to announce the winners of our Inuktitut song/poem contest.

The contest, which was part of our Inuktitut Language month activities, solicited entries from all over Qikiqtani.

“I am proud to see this showcase of cultural and linguistic pride and talent from Inuit in our Qikiqtani communities,” says QIA president P.J. Akeeagok, “these songs and poems are a testament to the connection of young people to Inuktitut.”

The contest winners are: 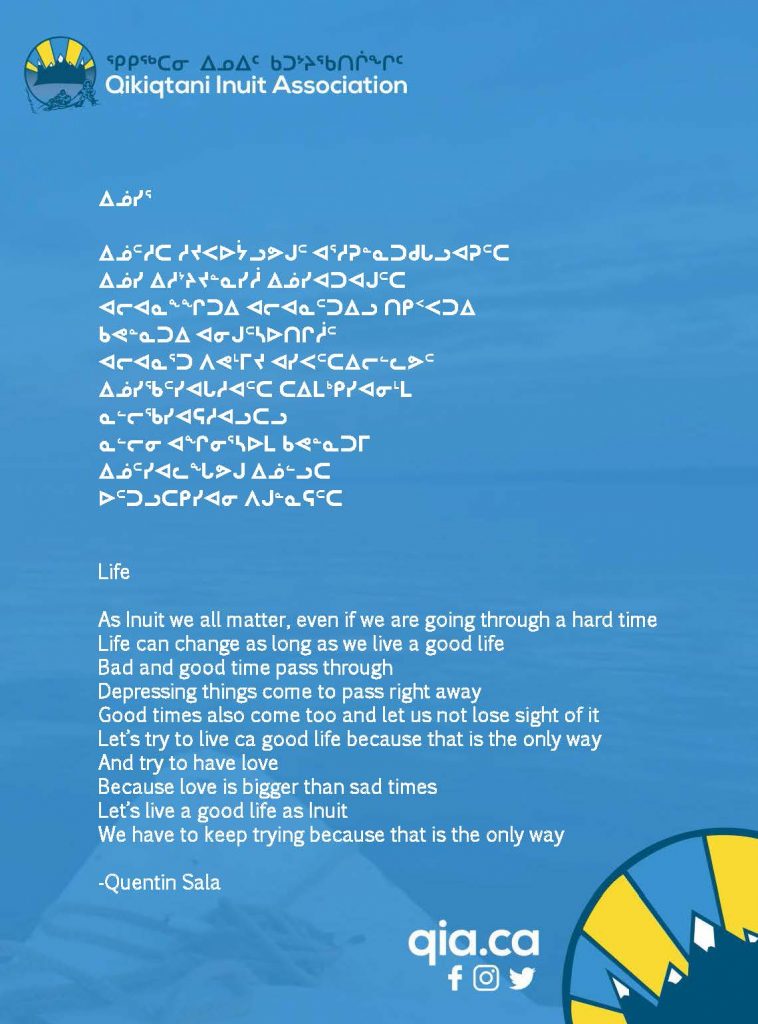 Copies of the winning submissions are available on the QIA website and social media accounts.