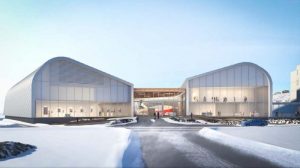 Momentum is building for Inuit to reclaim artifacts and bring them home.

“I am confident that the decisions made during this year’s AGM will have lasting impacts in the years to come and will contribute to the long-term development and promotion of Inuit culture and wellbeing,” stated president Aluki Kotierk.

The commitment matches the one made earlier in October by the Qikiqtani Inuit Association.

“Establishing a heritage centre is recognized as an urgent need under the Nunavut Agreement,” said president P.J. Akeeagok Oct. 5.

“The heritage centre would empower our communities and instil a sense of pride in our culture by allowing more Inuit to gain exposure to the rich traditional knowledge and skills of our ancestors.”