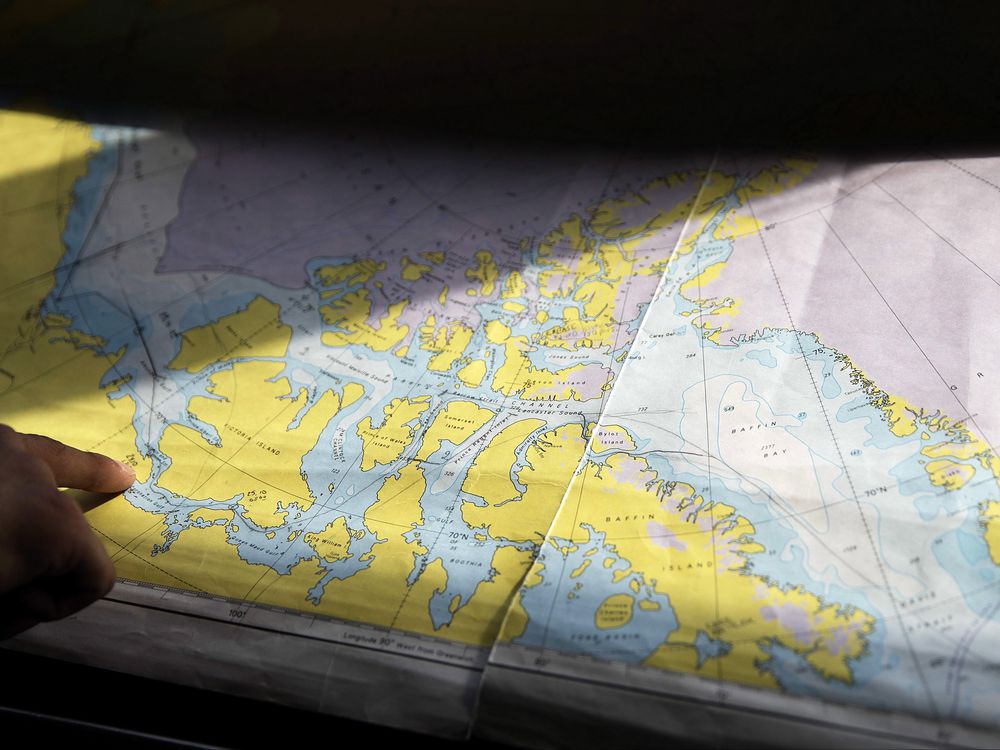 A map of the Canadian Arctic archipelago is shown as the Finnish icebreaker MSV Nordica traverses the Northwest Passage, Monday, July 24, 2017. The federal government and Inuit groups are celebrating a deal on the boundaries of what will be Canada’s largest national marine conservation area.Lancaster Sound on the eastern gate of the Northwest Passage teems with fish, whales and seabirds, and Inuit have fought to preserve it for decades.THE CANADIAN PRESS/AP/David Goldman

POND INLET, Nunavut — Inuit groups say their lobbying and traditional knowledge is behind a huge expansion in the boundaries for what is to become Canada’s largest national marine conservation area.

“It was Inuit traditional knowledge that determined the extent and the purpose of how Inuit used this particular very important body of water, and we’re now here celebrating today the expanded boundaries.”