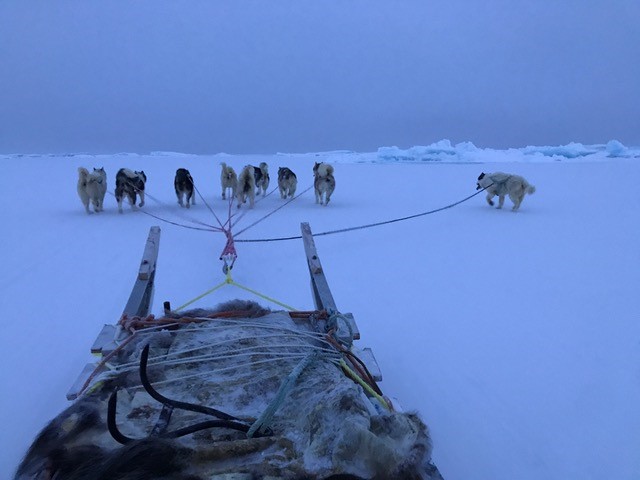 The Qikiqtani Inuit Association, which represents over 15,500 Inuit, organized its first ever Qimuksiqtiit Regional Gathering in Iqaluit. It gave dog mushers the opportunity to gather this past week and to share knowledge and celebrate dog sledding.

The event was a result of the Qikiqtani Truth Commission, which among many things, examined past culls of sled dogs by RCMP and how colonialism has damaged Inuit culture.

That commission sparked an apology from the federal government in 2019. According to a QIA news release, $2.9 million dollars was made available for program revitalization involving Inuit sled dogs — which are called qimmitt in Inuktitut — over the next seven years across the region.

The Qimuksiqtiit Regional Gathering is thought of by participants as a step forward on the journey to strengthen an important cultural practice.

“QIA is thrilled to finally bring together dog teamers for this important event,” QIA President Olayuk Akesuk said in a news release. “To be able to connect and share knowledge, we hope to inspire the next generation of dog teamers amongst Qikiqtani Inuit.”