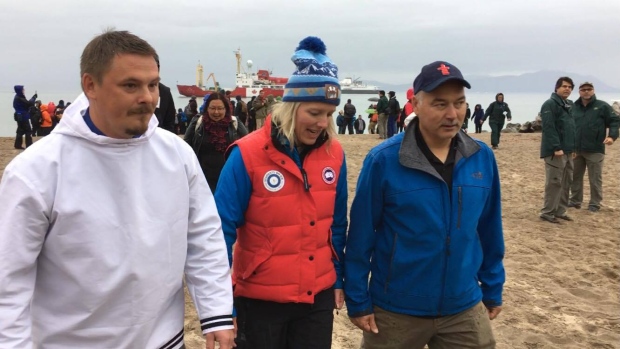 The boundaries of what is now Canada’s largest marine conservation area have been announced by Ottawa, the government of Nunavut and the Qikiqtani Inuit Association.

Protecting Tallurutiup Imanga, or Lancaster Sound, covers about 110,000 square kilometres of ocean — an area double the size of Nova Scotia — and represents almost two per cent of Canada’s coastal marine waters. This more than doubles what was previously protected, but still falls short of the Liberals’ campaign promise to protect five per cent of Canada’s oceans by 2017.

Catherine McKenna, the federal minister of environment, made the announcement Thursday from Pond Inlet, Nunavut, an Arctic community of 1,600, at the edge of the sound.